Ornaments and Jewels are considered favored all over the world. And one countries tradition is adapted as another countries fashion. Toe Ring also called as Metti Or Bichiya is part of Indian culture.

In ancient times both men and women wore metti or mettelu on their toes to show their marital status. However during the 19th & 20th century only women were made to wear them. The 21st century toe ring is an optional jewellery for women in India. And Metti has also emerged as a fashion statement.


These Bichiya toe ornaments were made of gold or silver, with beautiful intricate designs by jewel smiths.


In the Northern part of India woman wears toe rings Bichiya as a symbol of her married status along with glass bangles. 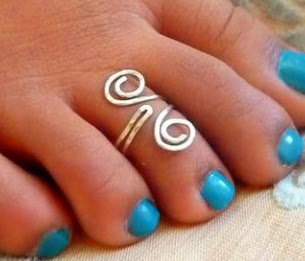